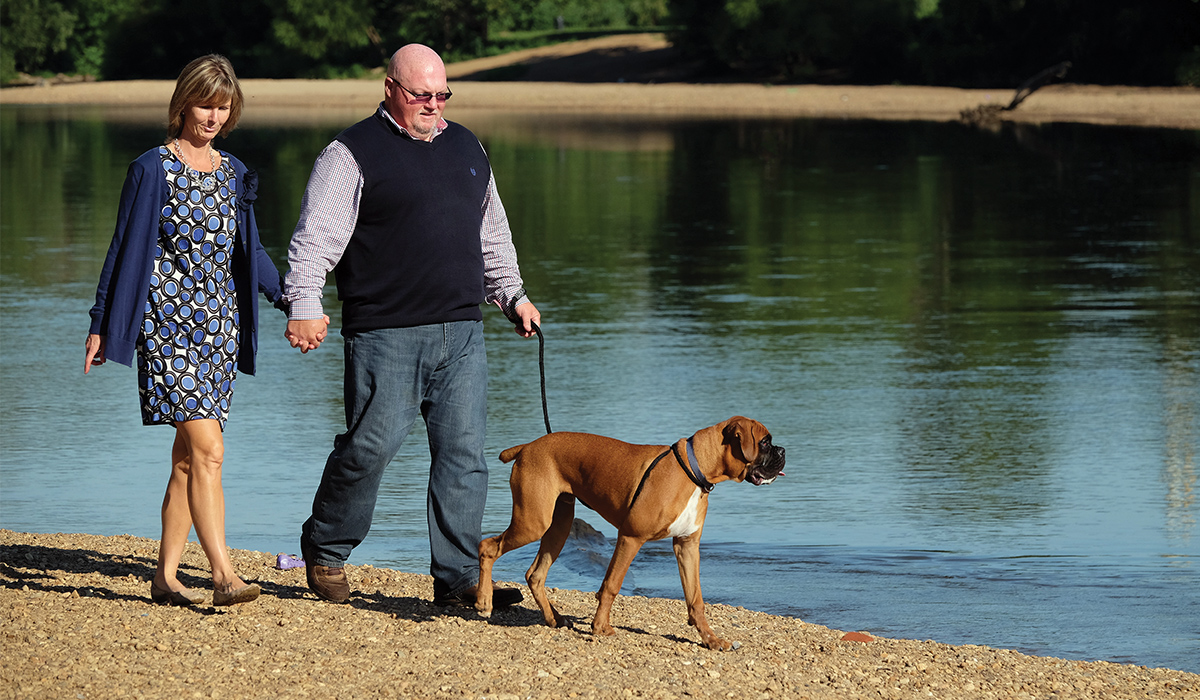 When you see a score of 585 on a heart scan (that’s 585 points higher than the goal!), there’s a problem. That’s exactly what happened to Earl Perry.

Earl is one of the friendliest, nicest guys you’ll meet. Whether you’re his good friend or a new acquaintance, he’ll go out of his way to help you.

Born in Garrisonville, Earl grew up in the Stafford and Fredericksburg region. For the last 25 years he’s owned PCR Plumbing. His life partner Mary, along with his 25-year-old son, Shane, help him run the business.

Earl likes to stay healthy and active. He golfs,takes his boat out to the lake,fiddles with an engine in his garage, plays with his two boxers,or goes for a scenic ride on his Harley Davidson Road King.

It’s for those reasons that Earl’s story is so surprising.

Although he’d been dealing with high blood pressure for years, Earl was sure that he could solve the problem by staying active and eating somewhat healthy. Eventually, he discovered that wasn’t the case.

By the time he went to the doctor, his levels had gotten so high that they medicated him on the spot. “They said I was in the stroke category,” says Earl.

A few days before his follow-up appointment, Earl read a piece in the local paper about Medical Imaging of Fredericksburg’s screening program. “I mentioned the heart scan to my doctor and she said that was a great avenue to see what was going on,” says Earl. “She highly recommended it.”

After her recommendation, Earl took matters into his own hands and scheduled a heart scan. “It was a quick, affordable scan,” says Earl, “but it was very revealing in its results.”

Within 15 minutes of the screening he was able to sit down with a Radiologist and physically see the results. That’s when he found out his calcium score was 585; this indicated significant hardening of the arteries and placed him at high risk for a heart attack.

“Right then I was able to make the decision to find a cardiologist,” says Earl.

Although the cardiologist discovered that calcium was not yet blocking blood flow, Earl still needed to make some major changes. He’s on the proper medication, lost some weight, changed his diet, and continues the active lifestyle he loves.

When asked about the impact of his experience, Earl said,“It puts my belief back into the medical system. Seeing the results made me feel like I knew what I was dealing with. I needed to make a decision—for myself—about my health, not someone else.”Earl had heard about cholesterol and calcium; he knew there were risks. But, walking through the scans with his Radiologist helped him see the results with his own eyes. “It empowered me,” says Earl.

Looking toward the future, Earl is glad he can continue to build a legacy for his children. And, we’re pretty sure Brodie—one of their two photogenic boxers—is happy about it too.