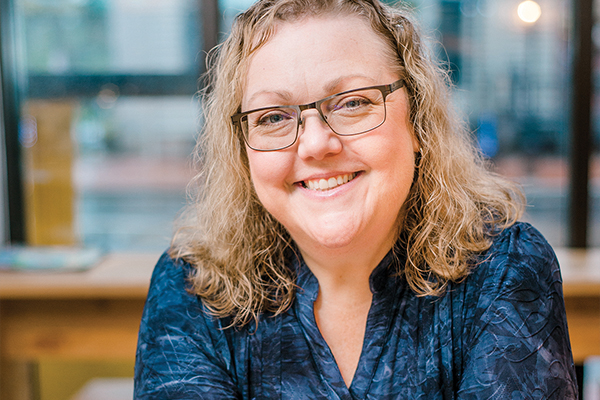 “Cancer did not run in my family that we knew of. But my mom was adopted, so her history was unknown. When I was about 35, I decided to begin getting my annual mammograms.”

In 2014, Barbara Northrup’s routine mammogram would change her life forever. “I was the radiologist’s first patient on his very first day.” Barbara will always be thankful for her doctor’s skill in detecting a mass. Her biopsy confirmed that she had breast cancer.

Post-surgery, Dr. Blanchard of Fredericksburg Oncology referred Barbara, as he refers all his patients, to Medical Imaging of Fredericksburg (MIF). Barbara appreciates that the waiting area for mammography is separate from the general public. “It’s nice to have coffee and chat while I wait. Everyone is pleasant and very nice in explaining what’s going to happen.”

Barbara shares her story and encourages others not to neglect routine exams, especially 3D mammograms. “It doesn’t matter if it runs in your family or not—get checks. My cancer was only 2 cm. It was very close to the chest wall and it could not be felt. ” Being proactive and spreading awareness is important for Barbara. “A family friend of mine passed away from breast cancer. She didn’t get checked until she felt it.” And, sadly, by then it was too late.

During diagnosis, treatment, and post-op, Barbara’s approach was focused, methodical, and proactive. After Barbara was diagnosed, she decided to dive into research and take ownership over anything within her realm of control. In her research, Barbara read that diet could impact survival and she took that very seriously. She immediately stopped consuming “anything white” and fought sugar cravings. Barbara lost 100 lbs and felt healthier than ever. “I actually felt great.” And for Barbara, a healthy diet wasn’t just about food. “Attitude affects everything. I maintained a positive attitude through the whole thing, and I also leaned really hard on my faith.”

Barbara’s positivity was tested when her post-treatment drug caused pulmonary embolism eight months later. “In order to change my medication, I needed to be postmenopausal. That’s when they discovered that my ovary was full of different cancer.”

Barbara underwent a hysterectomy. “I call my scars from all these surgeries splash wounds,” she chuckled, revealing that positive attitude. “It didn’t dawn on me until then to do anything but an annual pap smear. All paps had been normal.” Now Barbara religiously receives her routine scans at Medical Imaging of Fredericksburg and actually looks forward to them. “The environment and the staff at MIF is very respectful and peaceful. It’s almost like a spa day.”

Thankful to be cancer-free, Barbara walks in honor of her brother. She’s done the 26-mile Avon Walk to End Breast Cancer in DC. Medical advances helped extend his life, but ultimately he was not cured. “I always carry a picture or write his name on my bib.” Barbara plans to walk in the 3-day, 30 mile Pledge the Pink October event in South Carolina with her sister. She is committed to remain positive and diligent in her health journey while encouraging others along the way.