A recent article on CNN discussed the reason why Americans are more reluctant than others to take vacation time. It boils down to two things: we’re busy and we like to work. If Americans in general are busy, American women are doubly so. Women are an integral part of the American workforce. They are CEOs, entrepreneurs, engineers, principals, soldiers. They also have a 1 in 8 chance (roughly 12%) of being diagnosed with breast cancer. And approximately 38.5% of American men and women will be diagnosed with some kind of cancer in their lifetime.

But that doesn’t always have to be the case. With modern technology and scanning options–such as the 3D mammograms and DEXA scans offered by Medical Imaging of Fredericksburg–diagnosing, treating, and fighting breast cancer has become faster and more effective than ever.

Meet Theresa, Joni, and Deborah: three women who faced their cancer diagnosis, fought it, and won. 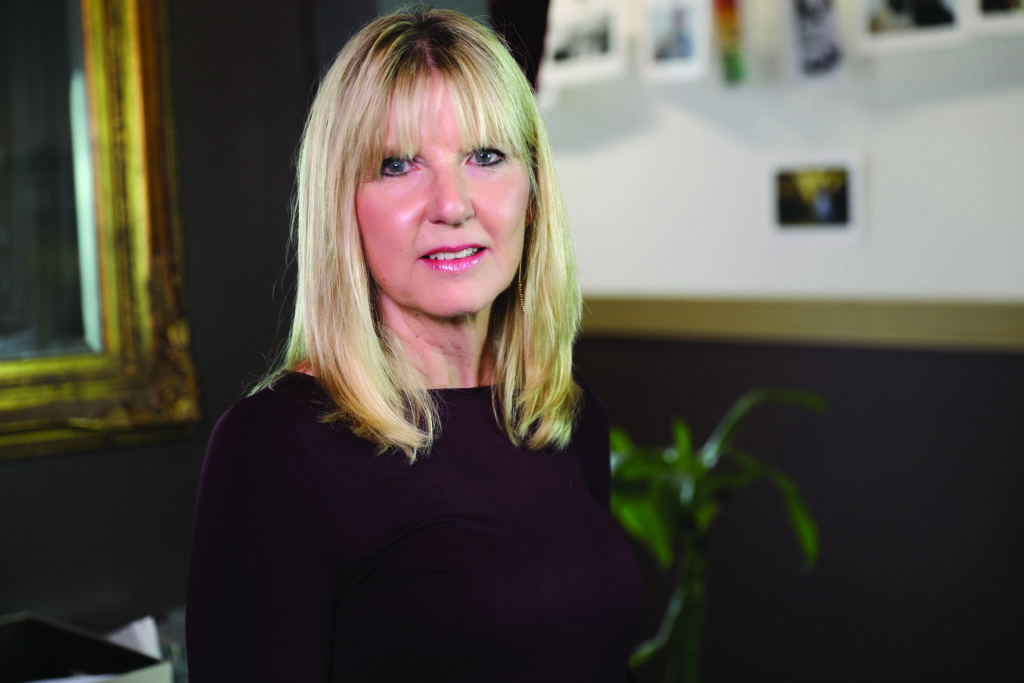 Theresa Rasmussen is not an inactive person. Though she commutes to Alexandria every day for her job as a cartographer for the ARMY Corps of Engineers, she’s also an avid hiker as well as a landscape photographer. Which was why when she found a small, pea-sized lump below her collarbone, she immediately had it checked out by her doctor.

“My doctor didn’t think it was anything,” she says. “But she did a biopsy and it was breast cancer.”

The diagnosis was Stage 1, which Theresa refers to as “lucky.” Her cancer was a rare form called tubular, which means that although it was invasive, it was less aggressive.

“They call it well-differentiated,” she says. “Which means that it’s less likely to grow quickly or spread. If you’re going to have it, it’s one of the best kinds to have.”

True to her nature, the treatment that followed was efficient. She found the lump in March 2006. By May 6, she had a double/bilateral mastectomy. Over the course of four months, she had four surgeries.

“I was kind of done with surgery after that,” she said.

Her doctor actually invited her in to look at a picture of her cancer, mainly to assuage her fears. As it turned out, she had the cancer of a sixty year old, which is good, because a sixty year old’s cells don’t divide as fast. Theresa credits the wide community of cancer survivors with getting her through those difficult months. She often visited the discussion boards on the Susan G. Komen site, where she received information and support. Since her recovery, she now relishes her role as someone who can provide the same help to others undergoing the cancer treatment process.

She also encourages patients to trust their instincts when it comes to their treatment and care.

Though she was just going to do radiation after her surgery, she read a comment on the Susan G. Komen site that recommended getting an MRI.

“At that point they didn’t recommend [an MRI] as a follow up,” she says. “I decided to have my MRI, and sure enough it found two more lumps.”

The exam on the tissue after the lumpectomy uncovered LCIS (Lobular carcinoma in situ), an abnormal cell growth that increases the risk of developing breast cancer.

Theresa has been well for over ten years, which allows her to indulge in her hobbies. She and her daughter recently hiked the Italian Alps, during which they both took a lot of landscape pictures. Sometimes when she’s on the way to work, she’ll see something she wants to photograph, too: if the light strikes her as pretty, or if she sees a cloud formation she likes. She’ll stop and turn around and takes that picture.

However, she still watches out for her health. One of the drugs she was on for her breast cancer puts her at a higher risk for low bone density. She goes to Medical Imaging of Fredericksburg for regular DEXA scans.

“They measure your hip and spine and [use the DEXA scan] to see the bone density loss,” she says. “The drug that she prescribed caused me to go into Osteopenia,” which the scan was able to catch.

Theresa cannot over-emphasize the importance of following your instincts when it comes to cancer treatment, as well as finding some kind of support group.

“The online message board was [mine],” she says. “[I] couldn’t have made it through without that.” 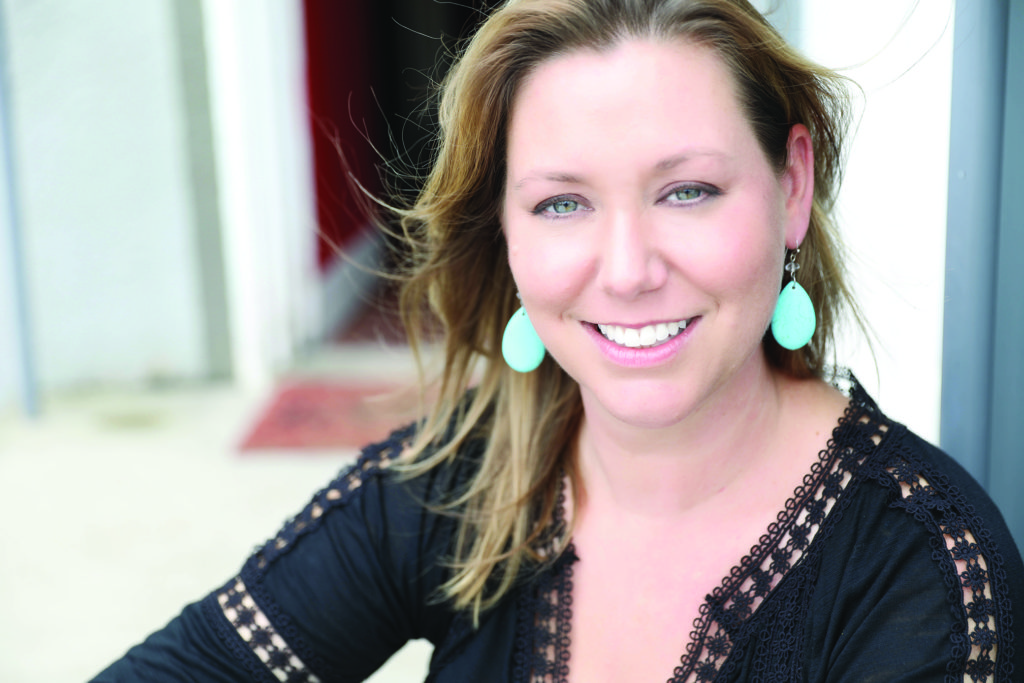 “I had found what was a lump,” she says. “A lot of women deal with something that’s fibrocystic. I had a biopsy, and it was nothing.”

Her husband works for the FBI, and one year after that, he was transferred to Virginia. The move, like all moves of that magnitude, was difficult. Joni studied Journalism in college and worked a lot in sales and fundraising, all of which require a lot of human interaction: something she was naturally drawn to. In Georgia, she was surrounded by family and friends. Here in Virginia, she didn’t have a career anymore, and she knew nobody.

That’s when she had her second cancer scare. This time it was real.

“I was diagnosed in October 2011,” she says. “I met with Doctor Blanchard, had surgery, went to Hematology Oncology Associates of Fredericksburg, went through chemo. And shortly thereafter went to Dr. Chenault (for radiation), who was wonderful at taking care of me. I was bald on Christmas.”

The process was very fast, which Joni describes as wonderful. Everybody at Medical Imaging of Fredericksburg was extremely warm and welcoming to her. Because she didn’t know anybody in the area, the outpouring of empathy made her feel as though she’d found a new home.

“They said, ‘You know what? We know what you’re going through. You’re in good hands’.”

As with any major crisis, Joni felt like she had something dictated to her.

“I am such a control freak, and I had already lost the career, [and] friends, and everybody I knew, and there you go. The support system was gone,” she says.

That support system came in the form of people she didn’t even know, like Tina Renninger. Renninger, a (now retired) teacher at Grafton Village Elementary (where Joni’s daughter, Windsor, went to school), made Windsor a little Georgia Bulldog dress and a matching one for her dolly. Renninger’s daughter, Carly, made knit caps for Joni to wear, something necessary for a Georgia native who has lost all her hair in the middle of her first Virginia winter.

“There’s a saying that you don’t know how strong you are until you have to be,” she says. “But you either deal with it, you pick yourself up by your big girl pants and move forward, or you wallow in self-pity.”

She stayed busy by immersing herself in community activities, volunteering at her daughter’s school, and finding a new purpose in paying the help she received forward.  When her cancer went into remission, she found out the granddaughter of the teacher who helped her was diagnosed with brain cancer. So Joni started a “crazy crew” called Ellie’s Elves.

“Basically we were trying to take care of Christmas presents,” she says.

While Ellie passed away that Christmas, Joni continues fundraising to help families who are dealing with cancer. She also organizes the 5K Color Rush at Wilderness Presidential Resort, a race that raises money to support the Mary Washington Hospital Foundation Pediatric Oncology Fund.

Joni still goes back for 3D mammograms every six months, which has been responsible for detecting precancerous cells. Throughout this entire experience, she is adamant about how amazing Medical Imaging of Fredericksburg has been to her and her family. They help with Ellie’s Elves, and when something scary happens, they are there to help.

“I am a completely different person,” she says. “All because of this team that took care of us.”

Or, as Ellie’s Elves say, they allowed her to “Let it Shine!”

If you’re interested in learning more about Ellie’s Elves, visit them online at: facebook.com/PrincessElliesElves/ 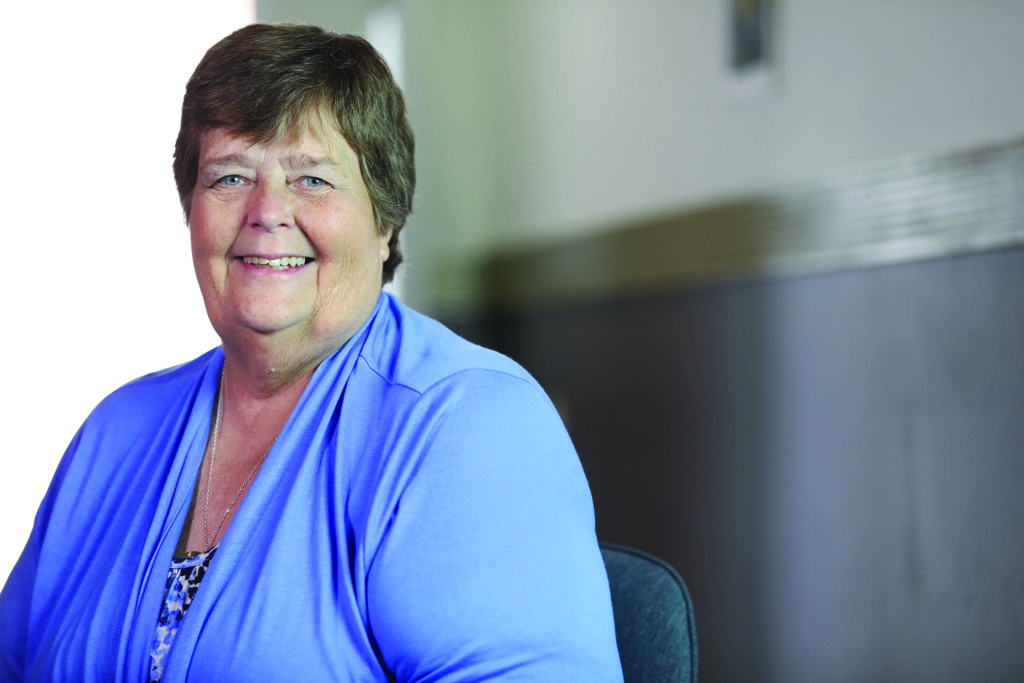 Debbie Treloar is no stranger to difficult circumstances. After earning her LPN certificate in 1969, she and her husband moved to California where they both worked for the correctional system. “I was an MTA (Medical Technician),” she says. “and I did maximum security, so it was like Charles Manson type inmates. It was real interesting.” (Debbie actually did meet Charles Manson. He was housed temporarily at the prison where she worked.) She spent seven years at the prison, working with high risk inmates. “We were responsible for doing sit-calls and prescribing and suturing people up.” Her X-ray tech was actually a prisoner. “He was a good X-ray tech.”

She clearly recalls one incident in which she got into an argument with one of the inmates. She had backed him into a corner when she felt her radio taken off her belt. It was her X-ray tech.

Apparently the other prisoner was getting ready to shank Debbie, and her X-ray tech knew about it.

“I guess there was a word out in the yard,” she said.

After a work-related injury put her on disability, Debbie and her husband moved to Virginia to help take care of her grandchildren. She suffers from arthritis, especially in her back, so in 2011 she visited an imaging center in Northern Virginia to get an MRI of her spine. The images showed her arthritis, and her doctor told her she was going to have to manage it.

“I’ve been going to [a] pain clinic since 2011,” she says. “They do injections in my spine just to manage the pain. I’ve gone through a whole regime now—we’re cutting the medications down slowly. It works.”

When she and her husband moved to Fredericksburg in 2013, she started having balance issues, so her neurologist (Dr. Irwin) recommended that she get MRI’s from her head all the way down through her spine. It was a longer process this time (three different visits at forty five minutes each) because they had to take images of her brain, cervical spine, and lower spine. Medical Imaging of Fredericksburg noticed the presence of a large tumor in her kidney.

“It was seen on the MRI from [NOVA], and they never noted it,” she says. “It was four years in between, and I had that cancer the whole time.”

After a radical nephrectomy at Mary Washington Hospital, the tumor came back as a clear-cell carcinoma, which meant she didn’t have to go through any chemotherapy. She goes back for blood work and chest X-rays every six months, but her doctor has declared her cancer free.

“I never would have known,” Debbie says. “If it’d gone further, I probably wouldn’t be here talking to you right now. [But] Medical Imaging of Fredericksburg caught it.”

With her health issues on the mend, Debbie gets to spend time with her grandchildren, two of which are avid history buffs. While she doesn’t take care of them full-time anymore (they still live in Fairfax), she gets to see them often. She takes them to local landmarks when they visit, such as Mary Ball Washington’s house, where her youngest granddaughter stumps the tour guides.

“They love it down here,” she says.